This section is offered with the disclaimer that translations of these complex terms in any non-Chinese language are essentially inadequate. Scholars have tried for years to discover acceptable meanings for the terms herein; the fact that many phrases are required for each single Chinese character attests to their intricacies.

空 KONG can be translated as empty space, void, and/or cosmos. In Tai Ji, this is the mindset with which one practices: the mind is empty of inconsequential thoughts, but filled with intention.

道 DAO is a functional and dimensional concept of the world; it attempts to explain that which precedes and encompasses the universe(s). All physical objects are various manifestations of Dao.

無 極 WU JI is the state of nothingness and boundlessness. It is the limitless potential of all phenomena; it extends through the universe and through the human frame. In the Tai Ji form, it is the minute pause before the progression between postures. It is the infinite potential of action, rather than physical activity. It also alludes to the empty mind which moves from nothingness to intentionality.

太 極 TAI JI is great polarity, the ideal of existence. It is the state in which the world became intelligible before creation. In the physical plane, it is the interplay between yin and yang in motion and stillness, as they mutually define, engender, support, consume, and transform each other.

陰陽 YIN YANG are the contrast of forms within reality and experience. They are the
interconnections of all things in all possible contexts. Yin yang are parallel opposites within a greater whole. Every thing has aspects of yin yang, which interact continually, but are never static.

氣 QI is one of the most difficult terms to translate. It can be considered an insubstantial physical energy with intention and organizational effect; since all things possess qi, qi cannot be equated with life. Qi is the aspect of Dao which suppports the reality of the material plane; the expression of Dao in the ‘myriad things’ (all physical objects). It is the result of the interplay between yin yang.

无为 WU WEI can be described as existing without existence; action without action; and/or effortless doing. In the Tai Ji form, it is effortless movement, the consequence of endless repetitive practice and muscle memory; it is the expression of Dao sustained in material form.

扩大 收缩 KUO DA SHOU SUO can be interpreted as expansion and contraction, conveyed as the constant flow between yin yang, as within a circle. This emphasis is intended to draw the reader’s attention to the circularity inherent in all these concepts: in configuration, motion, transition, and transformation.

八卦 BA GUA translates simply as ‘eight symbols.’ These trigram symbols originally represented the eight cardinal directions of the Chinese compass. As the pre-Daoist canon Yi Jing (Book of Changes) took form, somewhere in the 3rd millennium BCE, the trigrams became the basis of the 64 hexagrams within that book. In the Tai Ji form, the eight symbols/directions are represented by the eight techniques: roll back, ward off, pull, shoulder (strike), separate, press, push, and elbow (strike). When these are combined with Heaven and Earth, ten directions are established. This represents the ten-day cycle in the Daoist calendar. 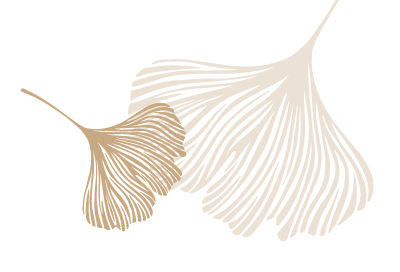